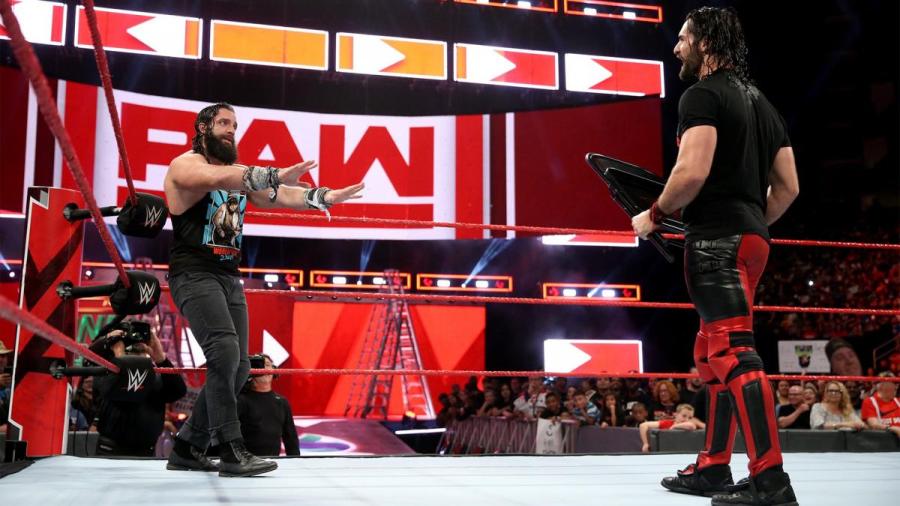 Elias opened Monday Night RAW this week to throw shade at Intercontinental Champion Seth Rollins. This led to an altercation in the ring which also saw the likes of Roman Reigns and Jinder Mahal join in. Kurt Angle then channeled his inner Teddy Long and made a tag team match playa! It was a fun contest that took up most of the first hour that ended with Elias performing a DDT to Rollins on a steel chair and then hitting his finishing move (drift away) for good measure and sealing the win for the heels.

Other RAW Highlights Include: 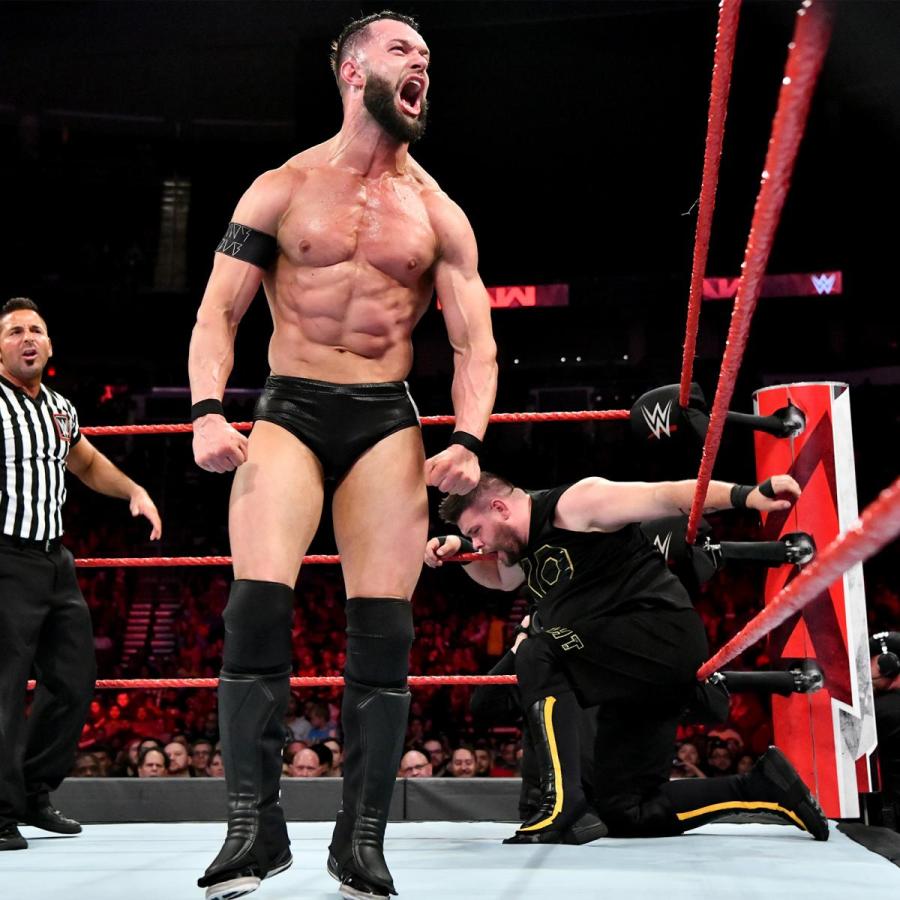 The main event was stellar. The first time Kevin Owens faced off against Finn Balor on the main roster. The two never fail to disappoint. Balor with his quick paced offense versus Owens and his oppressive style. We were robbed of a fantastic ending to such a good match when Owens got himself disqualified for disregarding the official. After the match Owens continued his assault and brought a ladder into play. He was about to jump off of it onto his opponent before he stepped down a couple of rungs, just enough time for Balor to recover and jump off of it himself onto a downed Owens before climbing back up to pull down the displayed Money in the Bank briefcase as a symbol.

Smackdown Live continues to stay ahead of the curve and do different things as this week they opened the show with an extended women’s division segment. Women’s champion Carmella strolled down to the ring to cut down her MITB opponent Asuka, claiming that she was no longer the woman that used to be feared. This caused the Empress of Tomorrow to confront her in the ring, but it was cut short by Mandy Rose and Sonya Deville who also came out to talk smack, both wanted matches against her. General Manager Paige cut everything short by allowing Asuka an opportunity to pick which of the former Absolution members she would face that night. In classic Asuka fashion she said “Both!”. So, a handicap match was underway which The Empress of course won.

Other Smackdown Live Highlights Include: 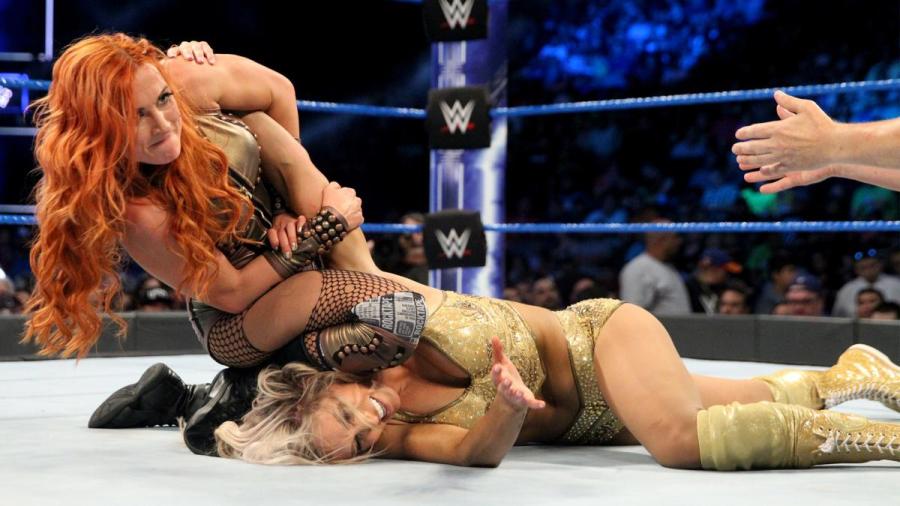 This recap is women heavy this week because I believe they stole the show. Becky Lynch and Charlotte Flair didn’t main event the show, but most definitely should have. They haven’t had a one on one contest in a very long time, and this could have been the first time the both were faces as well as friends. They stuck to traditional mat wrestling for the most part and seemed to hold back just a bit. Hopefully that is a tease for a bigger match on a bigger stage to come. Lynch got the win after countering the leg lock into a Dis-Arm-Her. Lynch hasn’t been booked strongly over the last few months, and she needed a win like this. If she were to somehow win the MITB briefcase, she can shoot straight to the top again where she belongs. 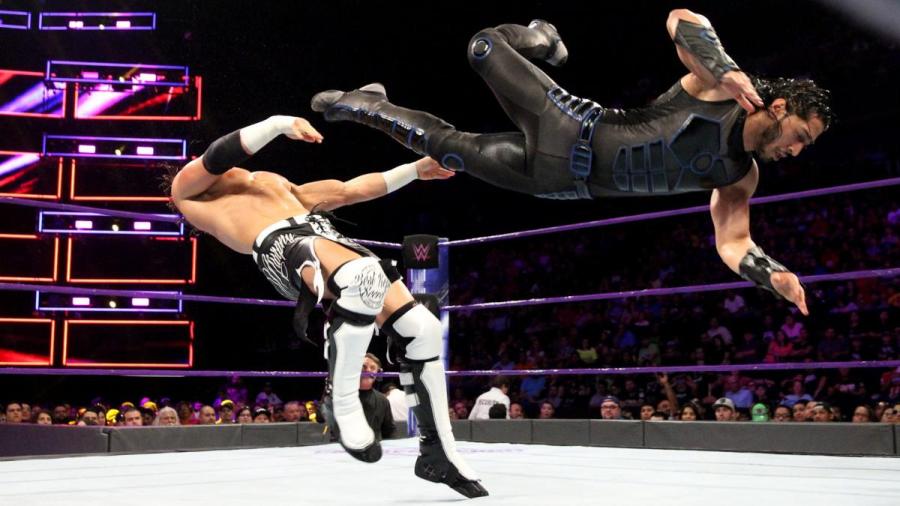 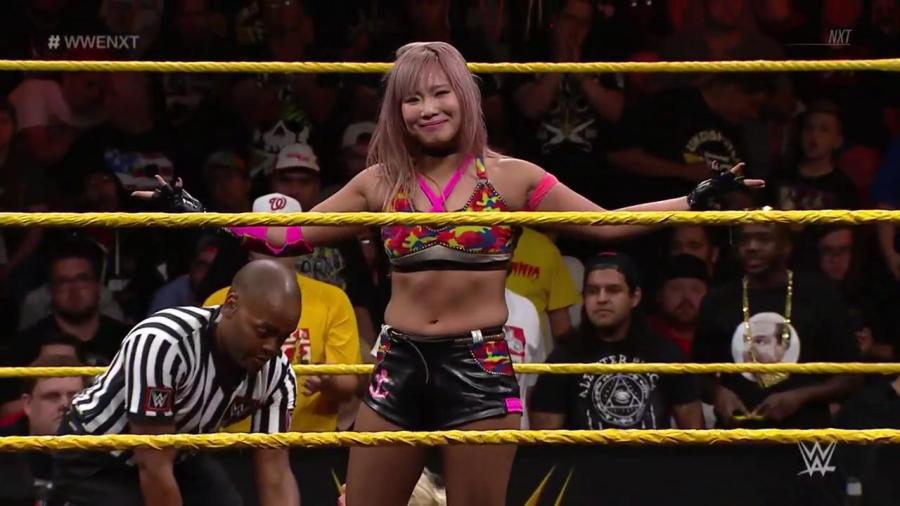 “Gorgeous” Garrett Smith is the Head Writer for Mark Set Go as well as a former SmackDown Predictions Champion. Stay up to date with his thoughts on WWE and more by following him on twitter @SmithGarrett91