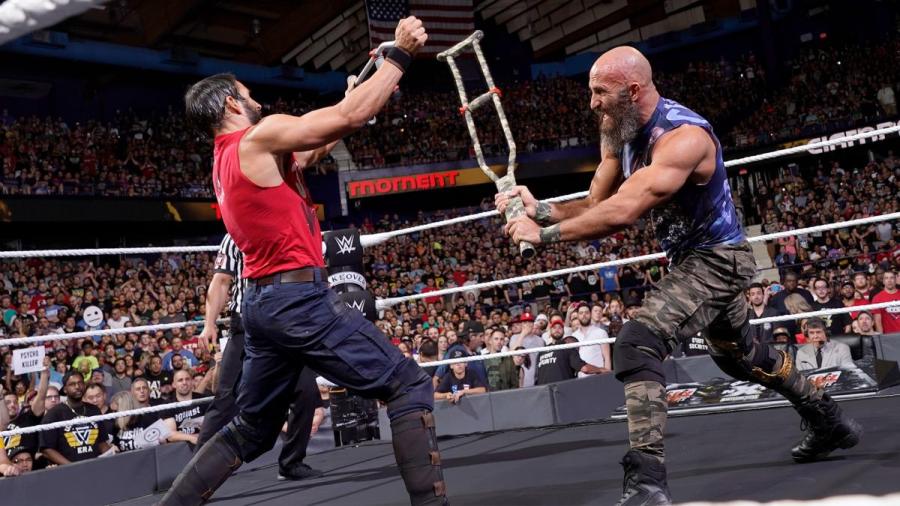 NXT: TakeOver Chicago II was another solid outing by the brand we all know and love. The only negative point I really have for it is that it didn’t surprise as at all. Going into the show the outcomes of the matches all seemed to be very predictable, and at least from my viewpoint they ended exactly as I thought they would. So, let’s recap what went down in the windy city. 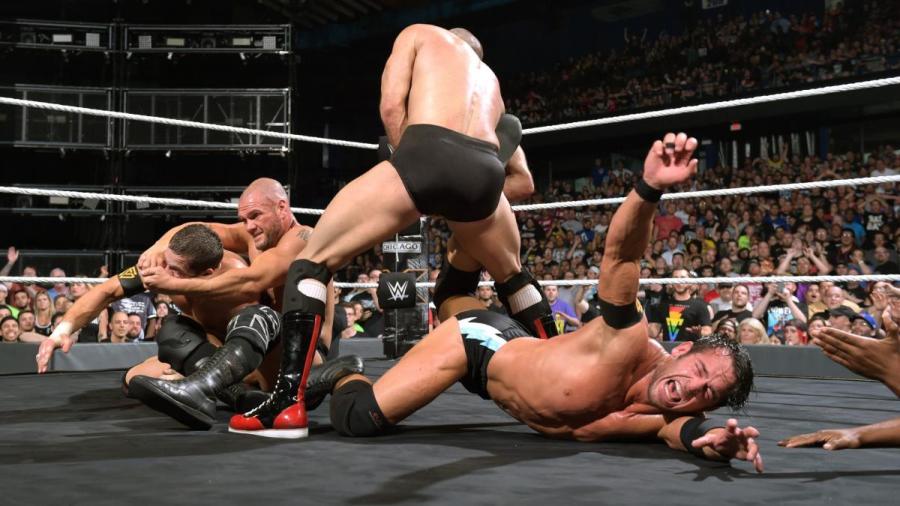 The opening contest was definitely a barn burner. What a way to get the crowd involved early: The hard-hitting British dudes that climbed the ladder to finally get a shot at the gold, up against the most over stable in the company. With Adam Cole at ringside to cheer on his buddies, these guys got after it. Lorcan took a scary bump on the outside of the ring which made me nervous. After Cole got ejected from ringside, the challengers attempted their finisher but failed and ended up losing to the champs. 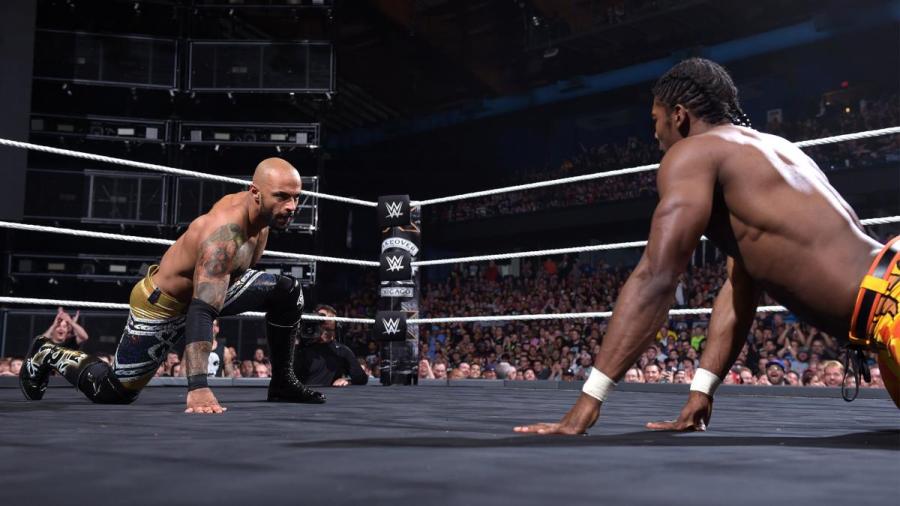 Velveteen Dream came to the ring with clothing and mannerisms eerily similar to Hulk Hogan’s. This was the kind of match that everyone expected out of these two. Fast, powerful, and high-flying. Dream executed an awesome Death Valley driver from the second turn buckle as well and a suplex from the ring to the arena floor which teased a double count out. It ended when Dream failed to land his Purple Reignmaker, which allowed Ricochet the opportunity to nail his 630 splash and take the victory. 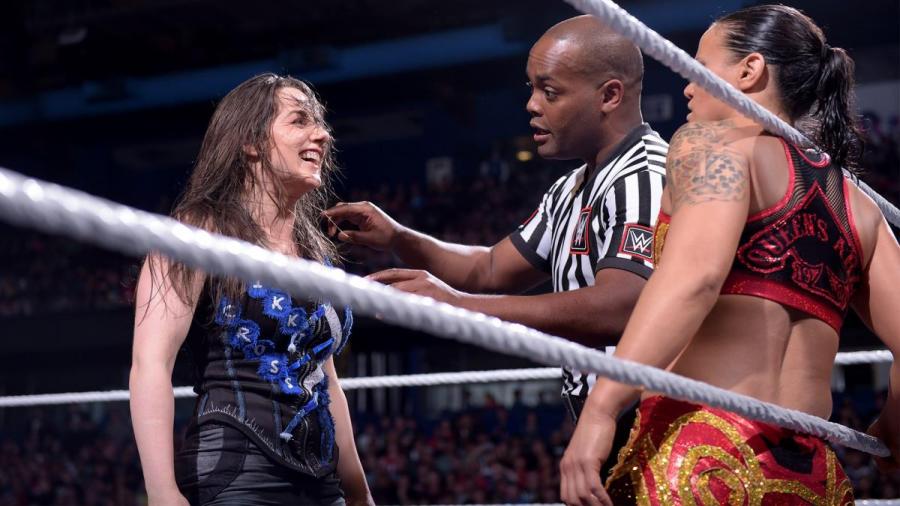 Some people play the crazy card, but few play it to perfection like Nikki Cross. She did plenty of mind games, as well as proved that she was a capable threat to the champion. She figuratively speaking “against the ropes” and looked like she was about to attain victory after a DDT to the ring apron, followed by a twisting neck breaker, but Baszler was lucky enough to force a rope break. She then played possum and trapped Cross in a chokehold. Cross smiled as she faded and passed out. Baszler retains. 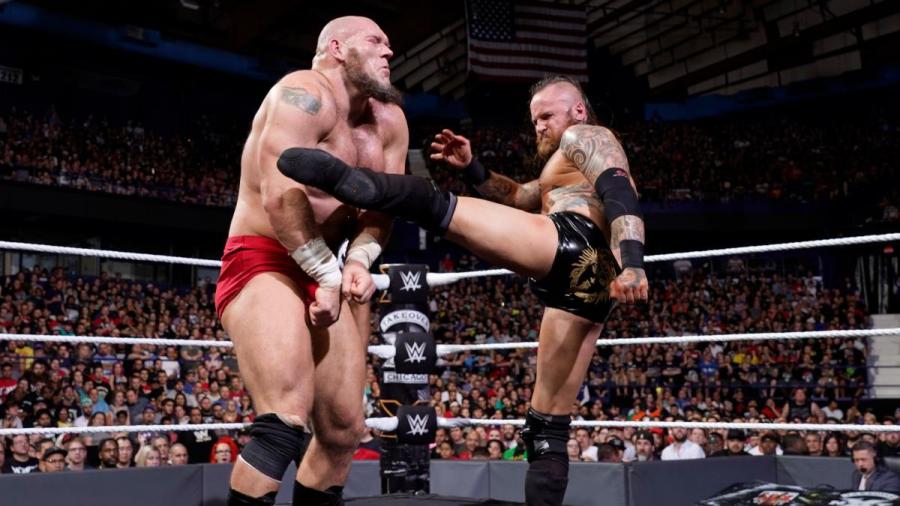 Black had the daunting task of defending his title against the much larger monster of a man that is Sullivan. The challenger-controlled majority of the contest. Whatever Black tried to do, Sullivan somehow had a counter to it, that as well as his freakish strength neutralized the champion often. Black fought back in dramatic fashion and required two Black Mass kicks to retain his title.

Not only the longest, but the greatest story that WWE has on its hands at the moment added another chapter to its story on this night. Gargano came to the ring armed with a crutch given to him by his wife Candace LaRae, “kick his ass’ she said. You can’t write that kind of love ha-ha. Ciampa also came to the ring with a crutch, symbols of the rivalry. This match lived up to the name as it went everywhere around the arena, including the stands. Utilizing the ring steps, Ciampa did some serious damage to Gargano. Things got pretty nasty. Ciampa began to take apart the ring and started to expose the wooden boards beneath the mat. The action moved up the ramp, and Gargano sent both of them crashing to tables. I cannot describe everything that happened because it needs to be seen to believe, including handcuffs, and gurney spots galore. Ciampa ended up outlasting his former friend in this match, so you can expect to see them try to again to destroy each other.

“Gorgeous” Garrett is the Head Writer for Mark Set Go and a former SmackDown Predictions Champion. Stay up to date on his thoughts on WWE and much more on twitter @SmithGarrett91